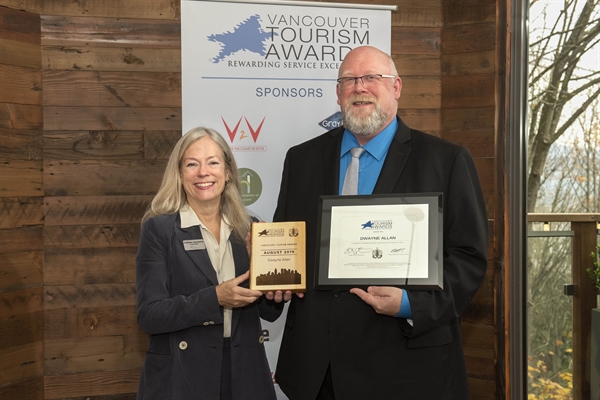 A customer had left a small carry-on bag in the lobby of Park'N Fly after picking up their car.  As they had been travelling for a full day already, they understandably were exhaused by the time they got home - which is when they noticed that they had misplaced their luggage.  This bag was extremely important for this couple, as it contained the important medications that they both needed - however, they unfortunatly were too tired to drive all the way back to the airport, as it was late at night already.  This is when Dwayne came to their rescue - he came on the phone and offered to drop their bag off on his way home after his shift.  The nominator wrote, "Were were so thankful for not having to risk going back out that late at night. Thank you to Dwayne."